Still “Committed” to Your Ex Even Though You Are Divorced? 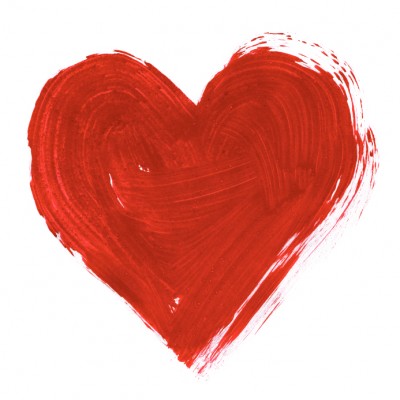 Valentine’s Day is upon us.  It certainly can be an emotional time for people who are divorced, especially those who have not found or even looked for somebody else to love.  Unfortunately, some divorced women may find themselves still longing for the man who left them behind.  Ironic, isn’t it?  Someone deeply hurt you and you still think about and even want that person back. What is it about some of us that makes us so prone to spending precious time and energy longing for someone who left us?

First, let me note that longing and remaining committed to someone who left us is not the sole territory of women.  There are certainly many men who remain committed to their mate long after their relationship is over.  You may be able to think of a man you know who has suffered this way.  In Men’s  Health,  January 28, 2009, Jim Thornton in his article, “The Science of Heartbreak” focuses on the lasting negative effects of loss of relationship on both men and women.  So, while we as women are aware that we suffer our losses intensely, it is important for us to keep in mind that women are not the only ones who can be victims of relationship loss.

That being said, women do seem to be at a disadvantage here.  Women by nature prefer to be in and stay in relationships. While this is true of some men, this tendency is more prevalent in women. This idea is supported by psychologist, Dr. Carol Gilligan, who studied moral development and who wrote “In a Different Voice”, concluded that generally, women are more prone to center their lives around their connections than men.

In “The Chemistry of Connection”,  journalist Susan Kuchinska reinforced this idea as she reported on the role the “love chemical”, oxytocin, plays in our making emotional connections in our lives and increasing our capacity to bond.  She explained that while oxytocin is released in both women and men during sex, women develop stronger attachments to their partners because of the presence of estrogen in their bodies.  Estrogen in women enhances the effects of oxytocin on bonding, while higher levels of other chemicals such as testosterone in men dampen the influence of oxytocin on them.  Consequently, typically, women have a somewhat stronger bond with their partner after sex than their partner has with them. So women are challenged in this area when their lover leaves them.

In addition to just preferring to be in and stay in a relationship, there are other reasons why a person who has been rejected may pine for the person who walked away.  Thornton, mentioned above, talks about clinical depression and trauma as factors.  This is a good point and is certainly true for some people.  Most everyone gets some version of situational depression during/after a breakup.  Instances of clinical depression and/or trauma are less common. These conditions are enduring and pervasive and can interfere in one’s ability to function.  Extra support such as psychotherapy/medication may be needed before the person left behind can attain closure and move on.

Another reason some people remain attached is that they are naturally loyal, sincere, idealistic, optimistic and full of faith.  I believe that many of the people who have the hardest time getting over a divorce are in this group.  To them, a promise is a promise and “til death do us part” means forever.  Even though they may be aware of problems in their relationship, being left by a loved one blindsides them.  In their minds, it was never an option.  They expected commitment.

Recently, I re-watched the movie, “Committed”, a comedy made in 2000, directed by Lisa Krueger.  It is about a romance gone wrong.  While it is a little “out there”, I do like it because the heroine, Jolene, played by Heather Graham is a true ingenue representing the capacity for deep love, commitment and forgiveness many people bring to their marriages.  She is by nature spiritual and describes herself as having been “born with a knack for faith”.

In the story, Jolene remains committed to her husband, Carl, played by Luke Wilson, even though early in their marriage, he runs away without telling her where he is going or why he has left.  With great intensity, Jolene searches for him. Her goal is to help him return to the marriage.  Before they are married, Jolene sees Carl as her “eternal” partner.  Then once he leaves, he is in a self-proclaimed “fog”.  Next, after she locates him but does not tell him she has found him, she thinks of him as “not ready yet.” Then, she views him as being in a “spiritual wheelchair.”  Finally, she sadly concludes that he is “in a spiritual coma” and decides he is in need of shamanic healing. (She happened to get some shamanic training while on this journey to save her husband and her marriage.)

Jolene starts a “spiritual vigil” to help “cleanse” his spirit and protect him from being attacked by an unstable trucker who has threatened him.  As you might expect, after her various unconventional attempts to help him and keep a “protective eye” on him, he concludes that she must be crazy and he has her committed to a mental hospital.  Only after that, does she realize that she no longer wants to be married to him.  “I may be a committed person, but not to you anymore.”  She comes out of the marriage focused on her strengths and creating a life that suits her beautifully.

When a year later, he comes back to “check in on” her and possibly reunite, she lets him know in no uncertain terms that she is not interested. She is now committed to herself and to living a life she finds joyful and meaningful. It is a good ending.

Most people who go through a breakup and find themselves left behind, do not go to such extremes to save their relationship.  However, many do carry the same longing and commitment as Jolene did.  For a long time, it just may not sink in that their partner no longer wants the relationship. Yes, they may be angry.  However, they are so wrapped up in their own idea of what is supposed to happen that denial takes over and prevents them from fully experiencing the feelings of  hurt and anger which are normal when one goes through an unwanted separation.

If feelings don’t get fully processed, one can never really let go or move on.

There is no one explanation as to why some people stay committed after a relationship is over.  What is clear is that this: commitment to the past not only causes pain, but interferes with moving on to a healthier and fuller life. The good news is that even the most “committed” individuals can realize “enough is enough” and that they deserve love and happiness as much as anyone. They can let go of their pasts.  Like Jolene, they can make a new commitment, a commitment to themselves.

So, this Valentine’s Day or any other day you find yourself pining for someone who is long gone,  remember you can change your mind.  You can commit to yourself.  You can love yourself.

You can create your own happiness.

From: Featured
No comments yet